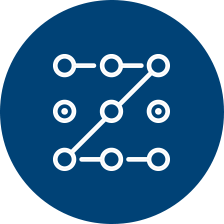 The NOOB platform secures critical infrastructure communications and decentralizes command and control of the grid across services, operations, transmission, and distribution.

The NOOB Platform is a modular blockchain design that is written from-scratch for high performance and scalability. The platform utilizes multiple blockchains to enhance its security and modularity. The platform provides a decentralized timing protocol and fully homomorphic encryption capability that is quantum resistant and useful in each of the application domains outlined in the NIST conceptual Reference Model (sp-1128r3). The NOOB platform enables secure communications and the ability to decentralize command and control of the grid across each domain: customer, markets, service, operations, transmission and distribution.

Utilizing the NOOB platform in any domain would enable operational nodes (wallets) to operate independently if network communications were down while providing a seamless means to assimilate to the collective fold. Furthermore, thanks to the development in C++ NOOB can operate on any device from a supercomputer cluster to an IoT device providing the same amount of security, resiliency and scalability to the collective network. Security, in a post quantum world required the NOOB protocol to provide quantum encryption (PQE). This is delivered in the form a fully homomorphic encryption native to the protocol. NOOB’s PQE perspective – a birthday day attack would require 2^397 guesses within a moment of time to crack ONLY the encryption leaving the network encryption, complexity of transactions and finally requiring network omnipotence to be hacked to game or gain favor in the system.

The NOOB platform incorporates a secure decentralized time protocol that provides a practical solution to the byzantine fault tolerance problem. Deployment of the NOOB Platform provide the ability to synchronize the nodes in the blockchain without coordinating a centralized node or pool of nodes. This ensures that information can move as fast as each node can process information and provides more visibility and certainty in control systems which depend on sensor inputs to make decisions.

Ready to get started?